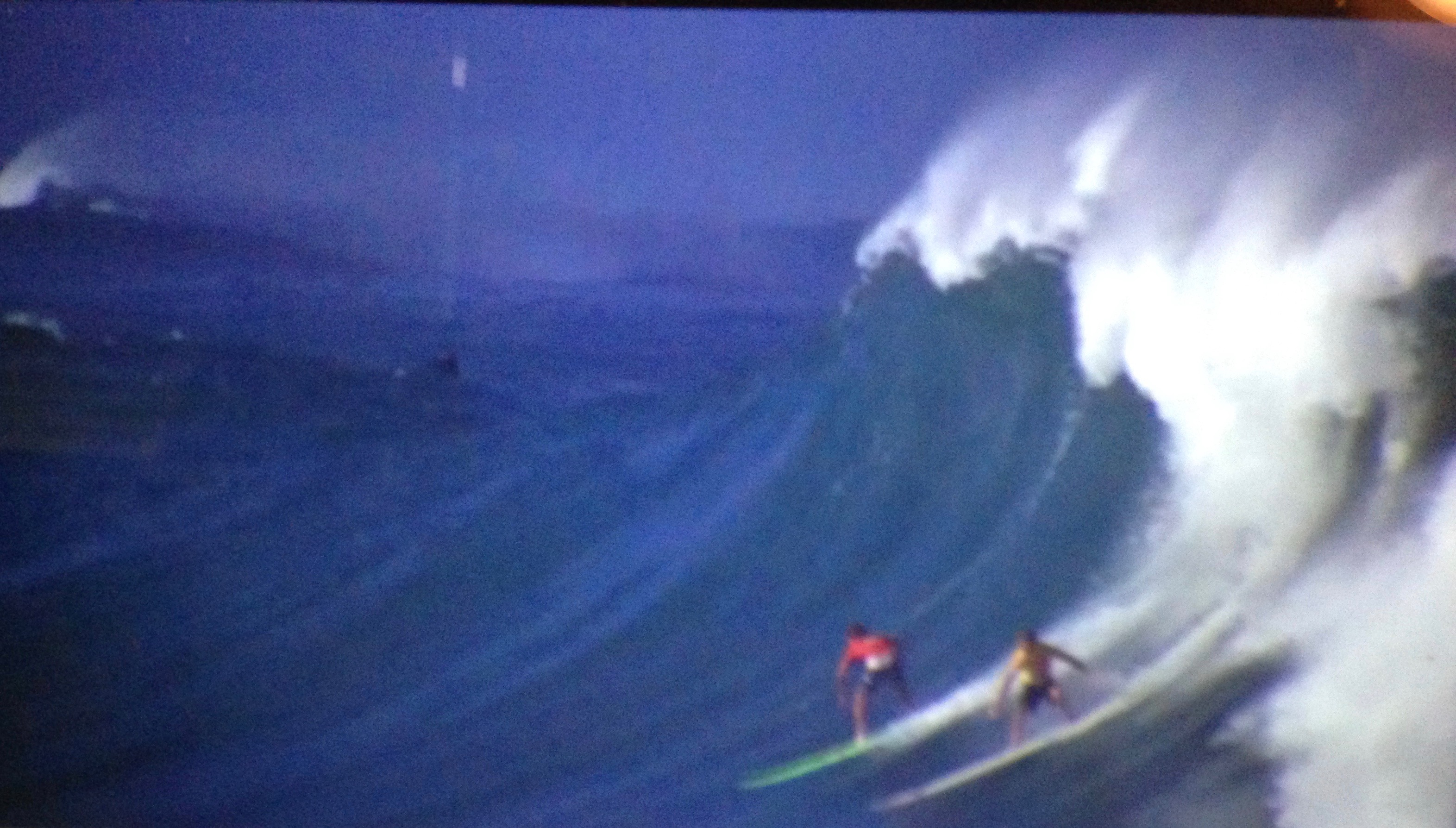 The history behind Hawaii’s Eddie Aikau the waterman’s legendary event. Eddie loved surfing in the ocean, a lover for helping protect people from getting in trouble in the ocean is easy to understand why Eddie Aikau went to get help on that night off the island of Lanai. Many don’t understand the whole purpose of why the 1st Quiksilver in Memory of Eddie Aikau event started.

I was living on Maui at the time and we were wondering, because of the weather, why The Hokulea left Oahu in 1978 to set sail for its first trip to Tahiti on that afternoon. On the way passing the island of Lanai a huge storm came and blasted the Hokulea. Eddie being one of the most amazing watermen and Lifeguards decided to jump off the Hokulea and go for help to save the crew in the storm. Eddie vanished into the sea while seeking help for the Hokulea and crew that night.

Despite his unparalleled skills in the water, he never found land. A massive manhunt began, including the deployment of the largest air and sea search in Hawaiian history, but Aikau was never seen again.   And sadly Eddie Aikau was never found.

Denton Miyamura won the event. That was the only time Sunset was the venue.

The following year the Eddie Aikau event moved down the coast of the North Shore to Waimea Bay. Famous big wave hero surfer and one of the three big wave surfers, which I was lucky to learn about riding big waves in Hawaii, was George Downing. Or Uncle George, as we call him. The Eddie was rebranded as a specialty big wave event. Uncle George was given the responsibility to make the “Call” to determine if Waimea Bay was suitable for an all day event and the waves would be big enough to honor Eddie Aikau

Officially the surf needs to be over 20’feet Hawaiian standards or the face of the wave at least 35’- 40’ feet. The Eddie has been held eight times since it’s founding in 1984.

The last time the Eddie Aikau went was December of 2009 and I was so lucky to be able to attend this amazing day and watch some insane and fantastic big wave surfing. California’s Greg Long took off on some waves that bested Kelly Slater and Sunny Garcia with a 100-point ride in the finals to take the title, nailing the drop on a wind torn giant, and outrunning the avalanche to safety. But since most cameras didn’t catch that ride, you had to be there. That wave was the most remembered from the event. “Greg trying to bully his way through a train wreck of a closeout.” And the sick crazy wave that reconnected inside that Bruce Irons killed it on was so exciting and he made in through the huge shore break.

Waimea Bay in 2009. The Quiksilver in Memory of Eddie Aikau honors the waterman’s legendary courage. The contest format has two rounds, each with a maximum wave count of eight waves. Each surfer’s best four waves count toward the final score, with a maximum individual wave score of 100 points based on size, risk and how well the wave was surfed.

The 31st annual Quiksilver in Memory of Eddie Aikau  has once again been put on Yellow Alert for a possible run this Thursday, February 25, just two weeks after athletes and organizers gathered at Waimea Bay in an earlier attempt to run. Unfortunately, that day the waves never materialized. But the crowds at Waimea did, only to be sent home.

With time running out on the holding period for the prestigious big-wave invitational officials are hoping to squeeze the event in under the February 29 deadline. While lack of surf was the problem last time, it looks like the biggest threat to the event not going is waves being too big.

As of Monday, the waves at Waimea were already too big too surf, and many believe Thursday’s swell could be even bigger. Mark Healey was feeling optimistic about the chances. “This time it looks like it’s for real.”

If the event does go it will certainly be a celebration of the late Brock Little, the big-wave star who passed away last week. Little rose to fame on the back of his remarkable Eddie performances.

The Quiksilver in Memory of Eddie Aikau requires waves more than 20-feet high (40-foot faces) to run. This winter’s El Niño weather pattern has been generating swell throughout the Pacific for months and already provided contestable conditions for the Big Wave Tour’s Pe’ahi Challenge and  Todos Santos Challenge, not to mention numerous submissions for the WSL Big Wave Awards.